So bright and early Saturday morning (February 25th) I made my way to the Illinois Kids Wrestling Federation regional's which was held at Lincoln Jr. High School in Edwardsville, IL.  My cousin, Makonnen Simmons, wrestles for the Edwardsville team and at my Aunt Vera's request for photos of her grandson, I decided to cover the event.  It has been years since I went to a wrestling tournament and forgot how warm it can get in those gymnasiums. 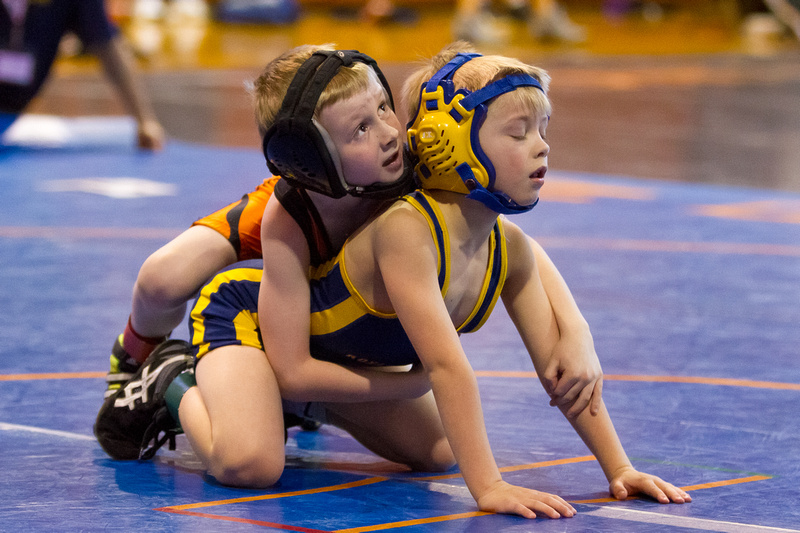 The meet had four mats set up and was asked to shoot from the middle of the event.  After shedding my coat and an extra shirt to make it bearable in that gym, I began photographing.  I wasn't exactly sure of the age groups participating but the little ones were so cute, but determined!

I was told by one of the other photographers, Marvin Meyers from Motion by Marvin, that at this age it wasn't good to use a flash because the little ones would just stop wrestling when they see a flash pop.  This news was disappointing because I had some new equipment I wanted to take for a spin. 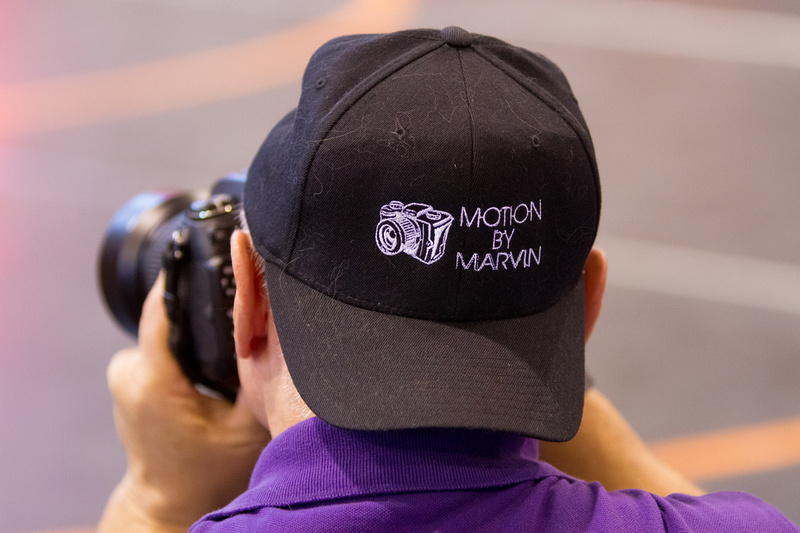 At the beginning of the year I had purchased some remote triggering hardware called pocketwizards.  Oh well maybe next time.  Now the battle begins with the low light of the gym.  The Canon 7D does a decent job in low light situations, but for my budget I have to make it work.  So it is game on juggling white balance with ISO and getting a usable shutter speed for action.  It is so not fun.

So on a brighter note my cousin Makonnen kicked  butt and won his bracket to take first place.  I was very proud and happy for him.  His smile says it all! 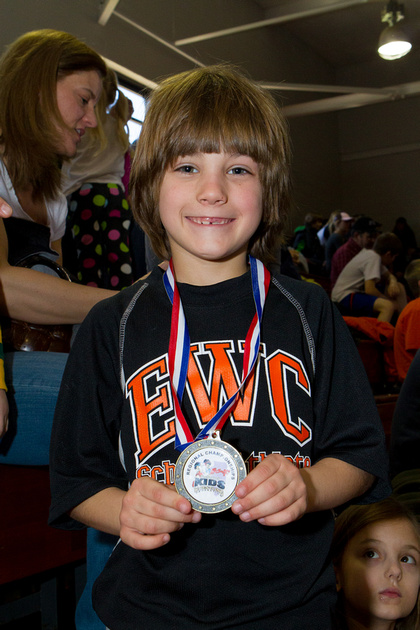 Makonnen is the son of my first cousin John Simmons.  It was really nice to spend the morning with his family. 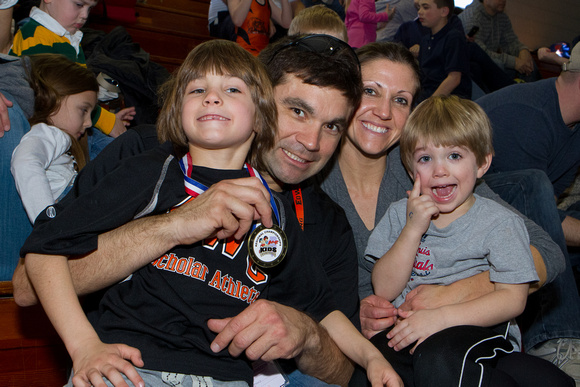 The album for this event can be found at http://www.pazimages.com/ikwf