So last Saturday night Diane and I attended the grand opening of Studio 314 new studio. It was a great night to meet up with some of the photography friendships I have made over facebook and to see Studio 314's new digs.

We left early because hunger pains got the best of us and it was time to make dinner plans. The decision was fajitas and when you think fajitas it is usually Chuy Arzolas that comes to mind. Off we went down Lindell and the moon caught my eye with the Saint Francis Xavier College Church in the foreground. 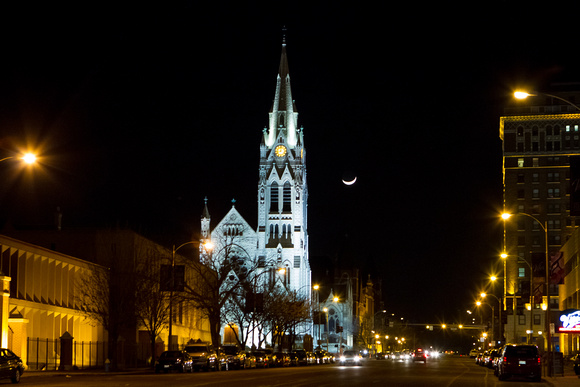 I would have KILLED for a tripod, but I just had to take the shot. I just love my wife so much, she supports me so much with my hobby, well maybe I dare say addiction to photography. Let’s say passion for photography, yea that’s the ticket "passion". Whatever helps you sleep at night, right? There I am out on Lindell, no coat, a bit chilly trying to hand hold my trusty Canon 7D in this obvious low light situation that definitely called for a tripod. Did I mention I was in need of a tripod? I just think what an HDR photo that this would have made but I would have needed a ............. well you get the picture right? Yes the sad pun was very intended.

After attempting to capture my image, you never know if you really have the shot until you get it uploaded to the computer. The hazards of getting old and the eye sight just isn't what it used to be when trying to look at the 3" screen on the Canon 7D.  Where was I???? Oh yea back on Lindell heading to Chuy's.  We get there and it looks really dark but I catch a glimpse of what may have been a server so I pull over and Diane runs up to see what's up.  She returns with the bad news that Chuy's is yet closing again.  They used to have a spot in dogtown near Seamus McDaniels that closed a while ago before they moved near SLU.  She also added that the same owners have opened a new restaurant, Diablitos, off Vandeventer and Laclede which was just around the corner.  Funny they mentioned that because at the Studio 314 party one of my facebook friends did mention Diablitos.  Thanks Crystal Rolfe!!!! 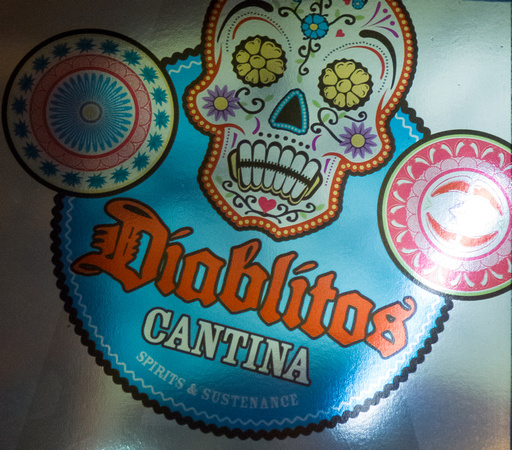 Walking in the first impression is a little eerie with all the skulls but it grows on you quickly. All the trinkets, lights and artwork set an interesting ambiance to say the least. Hovering over the bar area in lieu of the old traditional disco ball, it has replaced the balls with skulls. Crazy right? 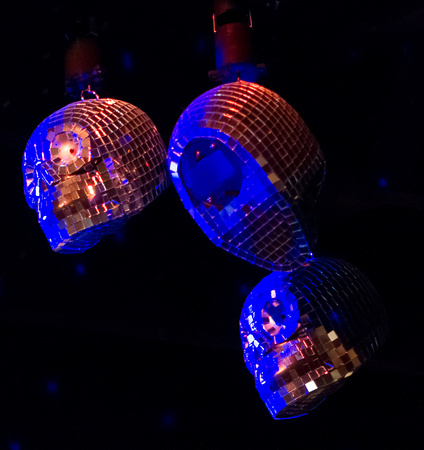 We get seated very quickly and notice no chips are brought to the table. No free tortilla chips at Diablitos. It's an inexpensive menu item but hey, its the first Mexican restaurant this Mexican has ever been that didn't give you chips. The house margaritas are tasty and made with real fruit juices. No sour mix used in their ritas at Diablitos. They were very good but for some reason I decided to opt for the Dos Equis Amber and passed my margarita to my wife. Of course our eyes quickly go to the menu, wait for it......., for the fajitas! Let the feeding frenzy begin. We order the large fajitas in Chuy Arzola fashion so we can split the order. At CA's a large order always seemed like it would stuff three people and would probably feed four nicely. Our order comes up quickly and I do a double take on the order thinking we were served a small order by mistake. The waitress says that it is a large order of fajitas. They weigh the steak and slice it up with a large being like an 8oz, small being a 6oz steak. On that note, the fajitas were delicious but not the portion we were used too from Chuy's. Not a big deal, I had my eye on the Carnitas so it gave us the opportunity to try another dish. The carnitas had a nice twist that they were pineapple braised and the flavors just made your taste buds sing. That salty-sweet just put the carnitas over the top!

I am no critic but just wanted to share my observations on our visit to Diablitos. The cook even came out to talk to me to share the new vision of their menu. He even mentioned the owners had sent him to Mexico on a fact finding/research mission on authentic Mexican dishes. Too many of the Mexican restaurants in the area are tex-mex style and they want to go back to the roots in Mexico. I did a little whining about portion and no chips but the meal itself was fantastic. Service was excellent and quick! I think if you choose Diablitos you won't be sorry.....
Photos here 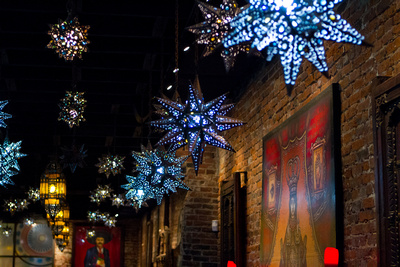 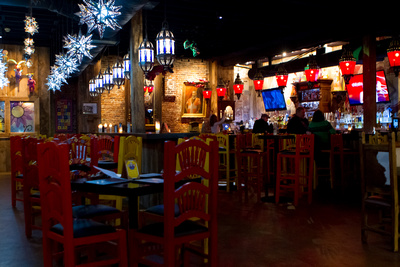